Holistic health and wellness has been a lifelong endeavor that has lead Jasen on a spiritual journey in the pursuit of physical, emotional, mental, and spiritual harmony. Jasen has trained in the traditions of massage therapy, yoga, Buddhism, Christianity, Lakota Native Americans, and shamanism. His eclectic studies have culminated in a humanistic realization that transforming consciousness is the ultimate factor to realizing a happy heart and peaceful mind. 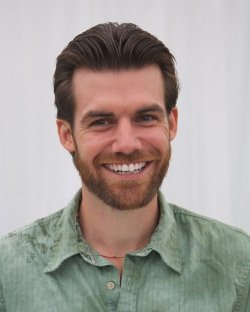 Jasen enjoys working with the mind-body relationship to transform consciousness and promote wellness. Through the practice of myomassology (massage therapy), Jasen helps individuals release the congested energy and harbored emotions trapped in the body. This release of heaviness, called psychosomatic release, has many benefits, including freeing of energy, increasing vitality, mental clarity, peacefulness, and a myriad of benefits to the physical body.

Through teaching the practices of yoga, Jasen empowers individuals with the skills of working with the body, breath, and meditation to achieve greater wellness and harmony. The human body is the one thing we all have in common, serving as a universal path to a spiritual practice, and a playground of opportunity for healing and transformation. Developing a yogic practice for yourself provides the skills and freedom to cultivate your own well-being, peacefulness, and happiness.

Jasen has been practicing body and energy healing since 2010, when he graduated from Irene’s Myomassology Institute in Southfield, Michigan (Irenes.edu). The training Jasen received at Irene’s has a core foundation in Swedish massage, and included elective study in Myofascial Release, Lymphatic Drainage, Trigger Points, Thai Massage, Reike, Chakra Balancing, and Energy Healing. During 2011-2012, he returned to Irene’s to participate in the Apprentice Instructor program. Jasen has experience working in massage clinics, an outdoor spa, senior centers, out-calls to private homes and hotels, and a Buddhist monastery.

2019-2020, studied “Sacred Listening” and Native American spirituality with Sacred Horse and Shire at the Giveaway Lodge.

For many years, an exploration of Christianity, Taoism, Sacred Geometry, New Age Spirituality, and Meditation.

During 2009-2011, Jasen participated in grassroots community activism and urban agriculture in Detroit.